"Causes and hazards of axial fan stalls", many people may not know about this problem. Now let the Chinese centrifugal fan supplier explain it for you: 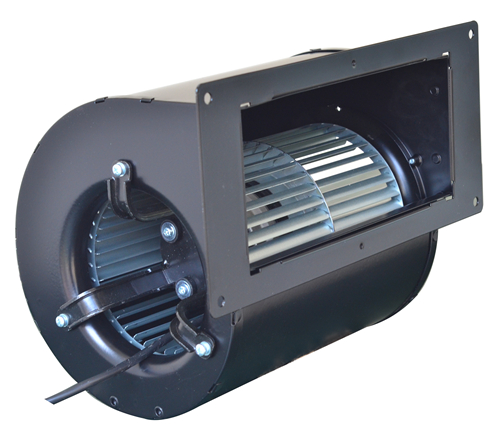 Axial fan blades are generally all streamlined. When the design scheme is operating under working conditions, the air attack angle (that is, the difference between the direction of the inlet airflow normal acceleration w and the blade installation angle) is approximately zero, and the airflow friction is small. high efficiency. When the total flow of the centrifugal fan decreases, the azimuth angle of w changes and the air attack angle expands. When the angle of attack expands to a certain critical point, the tail of the blade causes a vortex area, that is, the blunt off-flow working condition (stall), the frictional resistance is greatly increased, and the air resistance (working pressure) is rapidly reduced; the angle of attack is expanded again , The drainage condition is more serious, and even a part of the leaf passage will be blocked.

2. When the capital investment of another strong wind turbine running in series is "fully automatic", the load rate will increase, which will easily cause the motor to overload;

3. When the centrifugal fan stalls, the exhaust air volume and air pressure are greatly reduced, resulting in a strong change in the ignition of the furnace, which is convenient for fire-fighting safety accidents;

4. When the handling method is wrong, it is easy to cause "low frequency oscillation" of the centrifugal fan and destroy the machinery and equipment.

The above is the "causes and hazards of axial fan stall" introduced by AFL. AFL Fan Equipment Factory is an enterprise specializing in the production of axial fans. It has many domestic and foreign customers. We sincerely welcome friends from all walks of life to come to investigate and guide, thank you.